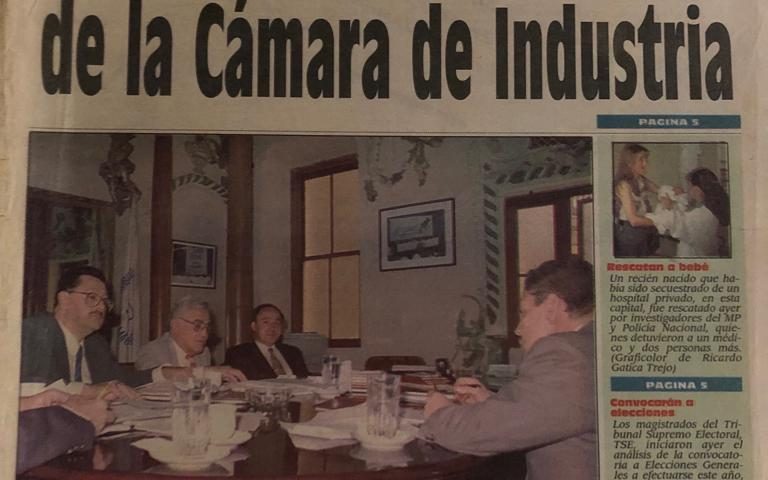 Inicio  »  Press  »  Attack against the president of the Chamber of Industry

Attack against the president of the Chamber of Industry

This was a front-page headline in various newspapers on May 17, 1995. On that date Juan José Gutiérrez, who served as president of the Chamber of Industry, suffered a violent attack on his life.

A woman, apparently injured, cried for help and stopped the armored vehicle in which Juan José Gutiérrez was riding. While he remained in the vehicle, his bodyguards stepped out to offer their help to the woman. Moments later, dozens of bullets hit the vehicle. It was an ambush that threatened his life in which at least 10 men participated. Fortunately, no one was injured.

The expressions of repudiation of the attack did not take long in different sectors of the country, and likewise, the demand that the government administration clarify who had orchestrated and perpetrated the attack. The head of the United Nations Verification Mission in Guatemala (MINUGUA), Leonardo Franco, described this situation as one of the most heinous acts of human rights violations since that office was installed in Guatemala.

In order to show commitment to solve the crime, Carlos Enrique Reynoso, Minister of the Interior at the time, went personally to the scene. Reynoso had to recognize, 24 hours later, that there were no further leads on the criminals who attacked Gutiérrez, but pledged to continue with the investigation.

Almost a year after the attack, in September 1996, the news began to link smuggler Alfredo Moreno Molina to the attack. It was argued that the strong campaign that the Chamber of Industry, chaired by Gutiérrez, launched at that time against smuggling, could be Moreno Molina’s reason for plotting and ordering the attack. 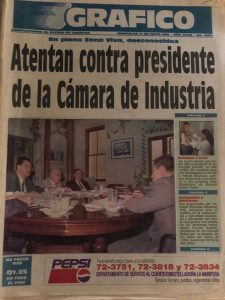 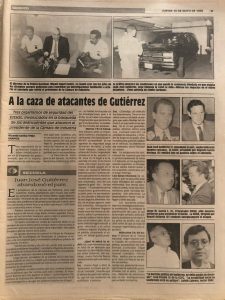 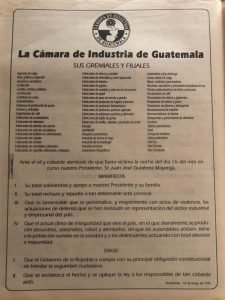 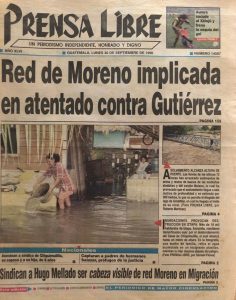 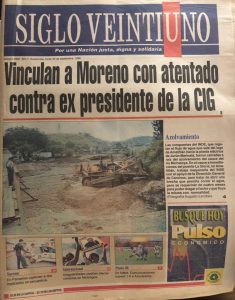 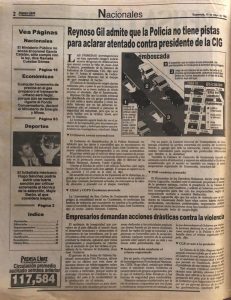 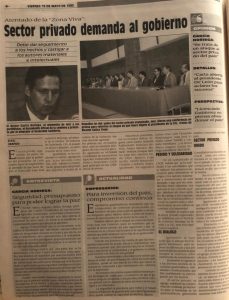 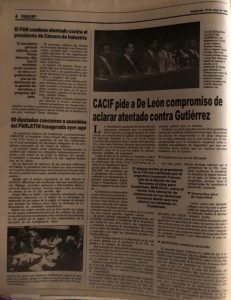 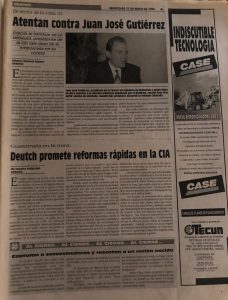